Let us warn you that choosing between Tbilisi and Batumi would be the hardest decision you would have to make. Georgia's capital and largest city is Tbilisi. There are around 1.5 million people living there. Tbilisi is a key transit hub for several energy and trade initiatives because of its proximity to the Silk Road.

Georgia's third-largest city is Batumi. The "Las Vegas of the Black Sea" is another moniker for it. Around 150,000 individuals call it home. In the southwest of the nation, near the Black Sea, is Batumi. Shipbuilding, food processing, and light manufacturing are among the sectors present in this significant coastal city.

Although choosing between Tbilisi and Batumi is challenging, we will contrast these two cities in this essay. We want to let you know how distinct features differ from one another. Let us first share our perspective with you before we begin the comparison. We frequently assume that major cities usually provide a wider range of superior services. The year round presence of visitors and associated advantages in Tbilisi. Because it is open 365 days a year, its real estate is inexpensive and its rental yield is astounding. Doing business there is simple because the majority of the population can speak English. (See the reasons to invest in Tbilisi.)

The city that you might enjoy visiting is Batumi, on the other hand. It boasts several pedestrian-friendly zones, broad boulevards, and charming squares. There are several eateries, hotels, casinos, and nightclubs to choose from.

Decide which city would be a better choice for our next stop.


1. Amusing things to do in two cities:

Are you seeking for entertaining things to do in Georgia? The greatest options for you would undoubtedly be Tbilisi and Batumi. You may take a trip. Both cities provide a welcoming and tourist-friendly ambiance where you may have a delightful stay.

Let's start the comparison by focusing on Batumi. Many residents and visitors find this Black Sea resort to be a desirable summer vacation spot. There are several foreign hotels, eateries, and other city attractions. Also fantastic is the nightlife. The following list of the top five activities in Batumi includes:

A tragic tale of two destined lovers, Ali and Nino, is now located along Batumi's coastline. This enormous moving sculpture was produced in 2010 by Georgian artist Tamara Kvesitadze. These two metal figurines move inexorably toward and past one another every ten minutes. In Batumi, you must view this monument. You should go and take photographs to help you remember it.

The greatest experience for visitors would be to explore on foot or by hiring carts in the Batumi Botanical Garden. Nine separate regions contribute to the extensive variety of flora. The garden was founded in 1912 and spans 111 hectares.

Gonio-Apsaros is a fortification with a museum inside that is located 12 km south of Batumi. Around the fort, there is an old town. Along the eastern Black Sea coast, this fort served as a base of operations initially for the Romans and afterwards for the Byzantines and Ottomans. The three eras are represented by three layers in it. One of the twelve prophets, Saint Matthias, is buried inside the Gonio stronghold, according to legend. A large number of visitors are now encircling this fort. Many Georgians travel to the beautiful beaches in the summer from Tbilisi to enjoy them.

Dolphinarium is a terrific place to create a fresh experience for you if you enjoy playing with and being around animals. On rare days, you may even go swimming with them. It's fantastic and entertaining when they splash water at you when they jump too high. Your kids will remember this dolphin performance the best since it is participatory.

The Piazza in Batumi

a picture-covered area in the heart of ancient Batumi where visitors may unwind, have fun, consume alcohol, dine, and enjoy live music. It would be a nice location to unwind after a hard day of exploring Batumi. A wonderful aspect of the piazza square is the 106 sq. m. centre mosaic. It is Europe's biggest mosaic made of figurative marble.

It's time to think of entertaining things to do in Tbilisi right now. one of the world's most intriguing cities. The following are five things you may do in Tbilisi to make your visit there unforgettable:

There are several dining establishments, café bars, nightclubs, and art galleries in the old Tbilisi neighbourhood. It would be fun to stroll around historic homes, mosques, and churches. The only privately held castle in Tbilisi is located in the ancient town. The ancient town is now a secure location for walkers because there are no automobiles there. There are several wonderful ancient baths in this neighbourhood if you enjoy them.

Another phrase we frequently hear from tourists is "Anyone visiting Georgia should never miss this." This well-known railroad debuted in 1905. The Mtatsminda Plateau's summit is where it is located. A stunning and beautiful view of the main station is available. This train established itself as a dependable mode of transportation with the establishment of Mtatsminda Park. There are several traditional eateries near the peak of Mt. Tatsminda. Travelers strongly suggest them for their regional cuisines.

From several locations in Tbilisi, this park is practically visible. There is a renowned Ferris wheel within an entertainment park. Therefore, if you are visiting Tbilisi with children, don't skip this location. There, you may take in the breathtaking view of the cityscape and the breathtaking sunset. The best method to get to this park is by funicular railway. In addition to the clean air and beautiful scenery, this location includes wonderful restaurants and snack shops that you will like.

This bridge's style is reminiscent of a sea creature. It is a pedestrian bridge made of steel and glass. It is well-lit by many LEDs. Therefore, nighttime photography of it is ideal. Italian architect Michele De Lucchi is the creator of this bridge. It is situated next to the Metekis church and Rike park in the lovely old town. The boat journey down below is also an option.

There is a fantastic fort in Tbilisi if you are interested in forts in addition to Batumi. From every location in the old Tbilisi, you can see it. At the summit of the Narikala, you may take in the fantastic view of the historic district and descend to a nearby botanical garden. You can ride a zip line to the garden if you'd like. Both climbing and using a cable car are options. There is also a statue of Mother Georgia constructed of steel sheets. So be sure to take in the breathtaking vista from this fortress' summit.

The climate of Batumi has been more significantly impacted by the Black Sea's onshore flow. Most of the year, heavy rainfall is being produced by the adjacent hills and mountains. As a result, Batumi is Georgia's wettest city. In general, Batumi does not receive a lot of snow; the average number of days with snow cover per year is about 12.
The ideal months to visit Batumi are:

Mid-April to mid-July are the best months to visit Batumi if you want to experience the best weather.
mid-November until the end of August
To be on the safe side, you could want to go in May, June, September, or October when the temperature is often between 20 and 25 degrees Celsius (68 and 77 degrees Fahrenheit).

On the other side, Tbilisi's climate is impacted by continental forces. The entire year is marked by heavy rainfall; there is no clear dry season. The city's climate is influenced by oceanic (Atlantic/Black Sea) air masses from the west and dry (Central Asian/Siberian) air masses from the east. Mountain ranges around the city. Russian cold air masses cannot enter because of the Greater Caucasus Mountains Range. In comparison to other cities with a comparable climate at the same latitudes, all of these have led to a moderate microclimate in Tbilisi.

Many travellers claim that May, June, and September have moderate temperatures. The ideal times to visit Tbilisi are during those months. However, there is always a potential of rain in May and June, so be sure to bring your umbrellas! 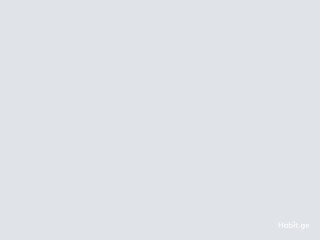 Buying Real Estate with Cryptocurrencies in Georgia (country) is possible?

Can you use cryptocurrencies to buy real estate in Georgia? Until recently, the possibilities were extremely limited. Most developers didn't want to deal with cryptocurrency, and finding a private seller who would accept cryptocurrency was like looking for a needle...

Is Batumi (Georgia) a good Investment?

Batumi's investment atmosphere is appealing for a variety of reasons, including its low cost, safe and pleasant environment, contemporary banking system, and favorable property tax legislation. 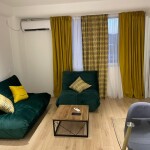 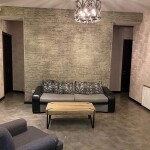 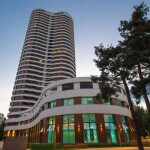 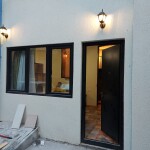 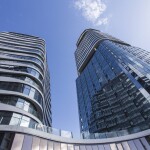 For rent in King David